If you are lucky enough to own an iPhone and a Parrot AR.Drone, there is a new iPhone app called Drone Master that will allow you to control your Parrot AR.Drone using the iPhone 4 or 4th gen iPod Touch gyroscope.

The control mode within the Drone Master app makes the AR.Drone match the movements of the user’s iPhone using  Roll, pitch, and yaw are all matched enabling the user to pilot by feel alone. You can also control the AR.Drone’s LED lights changing colour, pattern, and transition speed via a unique graphical interface. 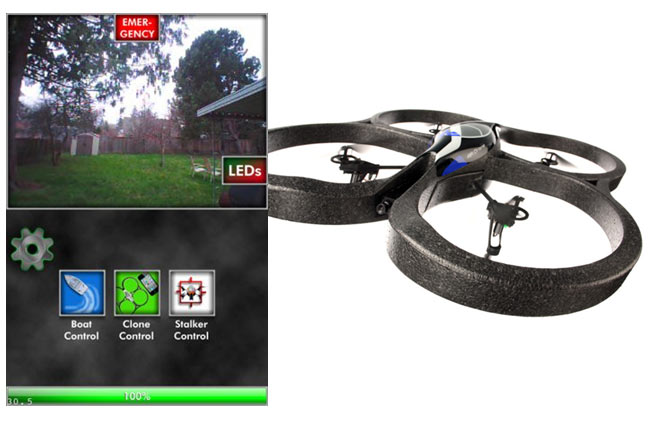 Another interesting included feature is the Stalker mode, that brings autonomous object tracking to the iPhone’s and iPod touch that was previously only available on Linux computers.

Drone Master in currently available to purchase in the iTunes App Store for $4.99.