If you’ve ever tried sipping really cold beverages, you know what we mean. The intensity of cold liquid running through your mouth leaves a sensation that’s both excruciating and unsettling at the same time. Forgive the excessive dramatization, but little else can be written about these newfangled ice straws that really grabs the reader y the collar. 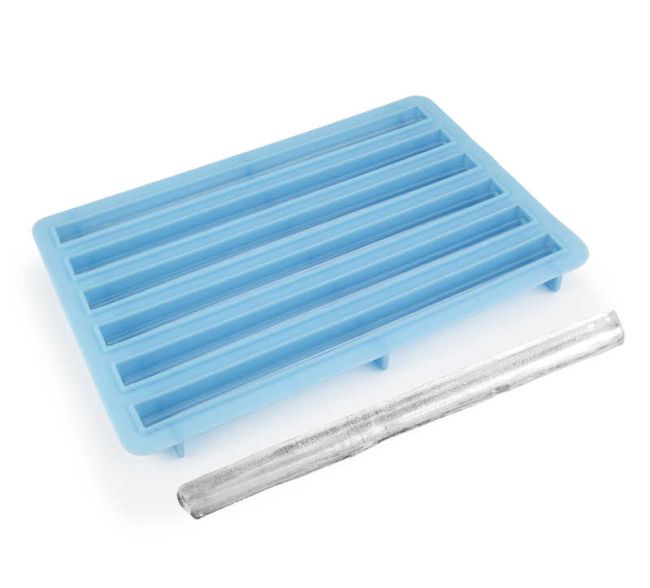 The ice straws are possible not through infernal magicry, but a silicon rubber tray that you leave in the freezer for a really short while. Oh yeah, there’s a transparent tube as well to mold the interior of the straw. This is courtesy of Barbuzzo, which owns the brand and they are forging an ice straw empire as you read this. A pure novelty item, the ice straw maker looks appealing for its coolness (in a tangible and not so tangible sense), but as a product competing for consumer purchases, it rather falls short of its grand promise.

A little prior investigation reveals that the ice straws, once fully formed, are a bit too fragile, thus killing the possible excitement inspired by sipping a beverage with an ice straw.

The silicon rubber tray, which is soft enough to be bent so that the hardened straws are released, has six slots for eight inch straws.

The ice straw tray can be had either at its official product site or Amazon.