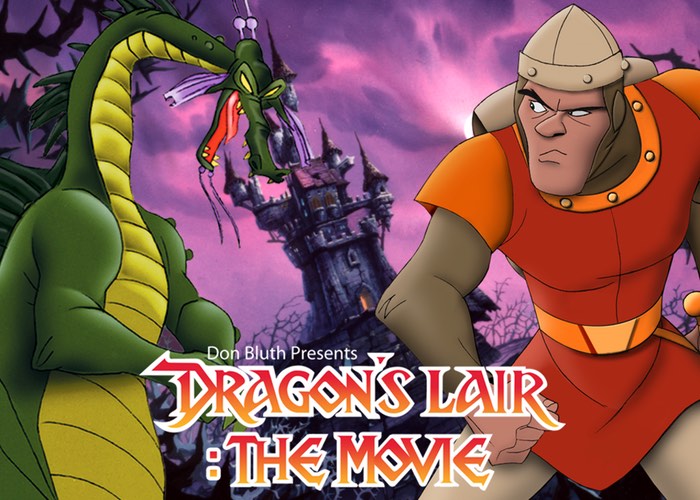 After failing to raise the required funds to create a sizzle reel to entice backers to create a Dragon’s Lair Movie via Kickstarter, the production team behind the project quickly launched a new crowdfunding campaign via Indiegogo. Which has now raised over $340,000 to help create the movie based on the video game concept first launched into arcades during 1983.

Animators Don Bluth and Gary Goldman have partnered to bring the iconic video clip arcade game to the big screen and have set a $350,000 stretch goal that will add an additional 10 seconds of full-colour animation to the sizzle reel making it 90 seconds in length.

Watch the video below to learn more about the teams inspiration for creating the Dragon’s Lair Movie and the next stages of the campaign when this one comes to an end in just over a days time.

Don Bluth and Gary Goldman have come together once again to bring the classic arcade game Dragon’s Lair to the big screen. We are seeking your help to create a “pitch presentation” to make Dragon’s Lair: The Movie with an Indiegogo crowd-funding campaign! Since 1983, Dragon’s Lair continues to be a fan favorite around the world, on over 70 different platforms! Please join us in this adventure as we prepare to bring Dragon’s Lair to a new generation!

Your contributions on Indiegogo will be spent to produce a four-minute video which we will call the Pitch Presentation. In the Pitch Presentation video, you will see outline storyboarding, i.e., drawings that will hit the bullet points of what the movie will eventually be. Within this four minute pitch video, our team will also create one full minute of classical animation in full color. In addition to the four minute pitch video, we intend to employ a professional screenwriter to work with us on the movie script.

To help the Dragon’s Lair Movie become a reality jump over to the Indiegogo website to make a pledge.