DotEmu who have published a number of retro games of iOS and Android have announced that they are bringing the Double Dragon Trilogy to Android and iOS.

The Double Dragon Trilogy will feature the original three Double Dragon games, as one game on both Android and iOS, and you will be able to play in both Arcade mode and Story mode. 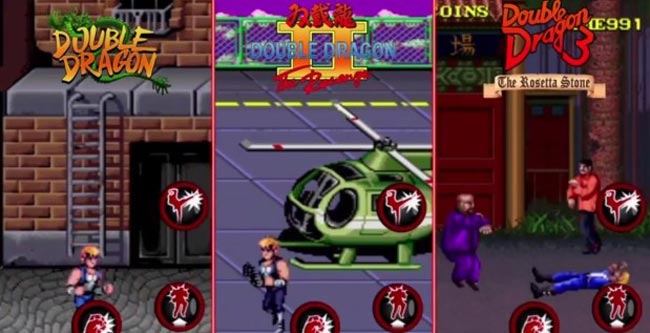 Enter Double Dragon Trilogy, a compilation specially optimized for mobiles and which includes all three installments of the beloved arcade series: Double Dragon, Double Dragon 2: The Revenge, and Double Dragon 3: The Rosetta Stone. The first one begins with Billy and his brother Jimmy, two martial arts experts, in a mission to rescue Billy’s girlfriend, Marian, who’s been kidnapped by the Black Shadows Gang. All your favorite moves are here: punches, kicks, elbows, knees, head-butts and an assortment of not-exactly-street-legal weapons.

The original Double Dragon was released as an arcade game back in 1987, it then landed on consoles like the NES, Sega Master System and the Atari 2600.

DotEmu have not given a specif launch date for the Double Dragon Trilogy on Android and iOS, as soon as we get more details on a launch date we will let you guys know.