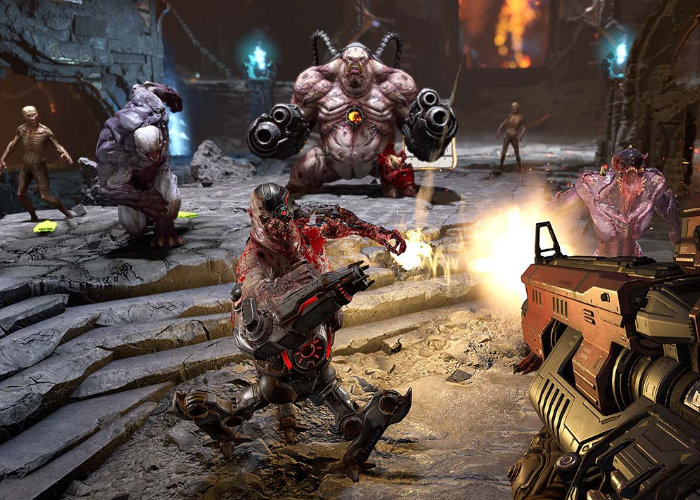 World record holding speed runner Xamide as published a new record-breaking DOOM Eternal speed run which took just 27 minutes. As you can imagine a number of exploits within the game were used including level collision as well as running at 250 frames per second.

“It’d be fun to just mess with them,” said director Martin, while executive producer Stratton suggests “adding an unskippable, exposition-heavy cutscene that only triggers when you fling yourself up into the skybox the way Xamide does to pass over large chunks of the levels”

“DOOM Eternal is barely a month old and speedrunners have already figured out how to finish the game in under a half hour. So ride along with Marty Stratton (Executive Producer), Hugo Martin (Game Director), Jerry Keehan (Level Design Director) and Evan Eubanks (Lead Game Programmer) as they watch their latest game get absolutely destroyed by world record speedunner: Xamide.”