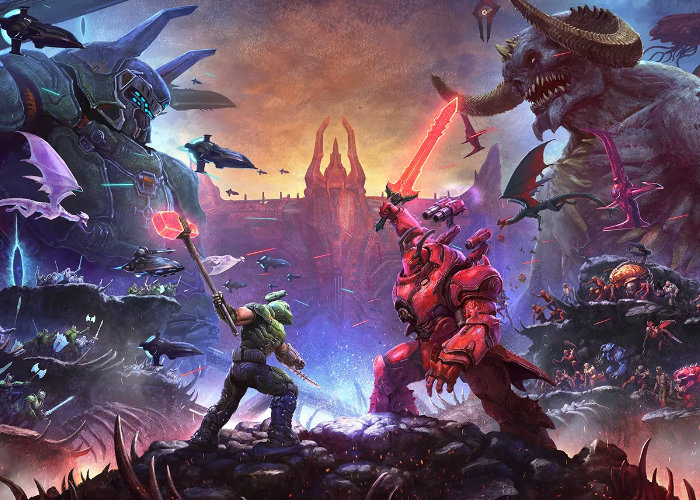 DOOM Eternal players patiently waiting for the arrival of the second part of the DOOM Eternal: The Ancient Gods saga will be pleased to know it has today arrived and is now available to play on the PlayStation, Xbox, Stadia, and PC systems. The DOOM Eternal Ancient Gods storyline can be purchased separately or as part of the Year One Pass and is also included in the games Deluxe Edition. The Year One Pass also includes The Ancient Gods – Part One, offering Pass holders the complete two-part finale to the Slayer’s saga in one package,

“Experience the epic conclusion to the DOOM Slayer’s saga – available March 18th, 2021! The Ancient Gods – Part Two is the second campaign expansion to the critically acclaimed DOOM Eternal. You denied the gods and awoke an ancient evil. Now rally the scattered Sentinel armies, lay siege to the last bastion of Hell, break through the fortress walls, and face the Dark Lord himself. The soul of the universe hangs in the balance.”

“Unite the Sentinel armies and take the war to the stronghold of the Dark Lord himself in one last effort to seal away evil once and for all. With the all-new Sentinel Hammer in hand, the Slayer will rip, tear and now smash every demon in his path across ancient Sentinel settlements, devasted Earth cities and beyond, tackling stronger new enemy variants as he nears his final battle.”