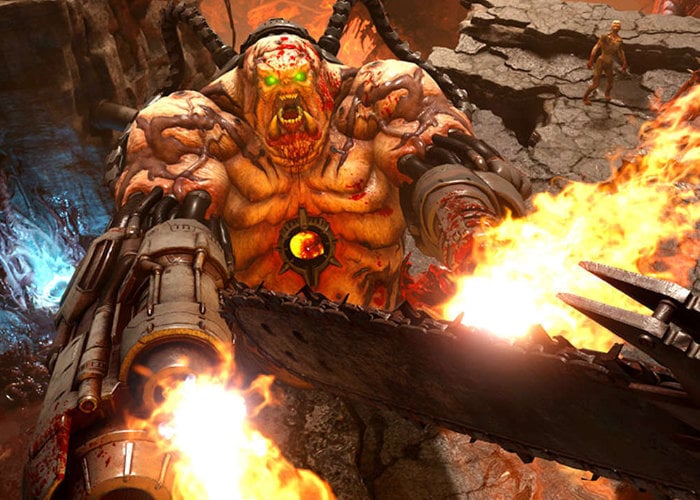 To keep you up to speed with all the new releases of the Xbox platform, Major Nelson has released a new episode of the ongoing This Week On Xbox, more news about the launch of the highly anticipated DOOM Eternal shooter which is now available to play on Xbox, PlayStation 4, Stadia, Switch and PC systems. As well as details on Xbox Game Pass Ultimate Perks, and more, check out the embedded video below to learn more about the latest arrivals on the Xbox.
are
“Players once again take on the role of the Doom Slayer, an ancient warrior who battles the demonic forces of Hell, from a first-person perspective. The game continues its predecessor’s emphasis on “push-forward” combat, encouraging the player to aggressively engage enemies in order to acquire health, ammo, and armor. The player has access to various firearms, such as the Combat Shotgun, Super Shotgun, Heavy Cannon, Rocket Launcher, Plasma Rifle, BFG 9000, and Ballista. Melee weapons such as a chainsaw, the “Crucible Blade” energy sword and a retractable arm-blade called the “Doomblade” can also be used.”

“Welcome to This Week on Xbox, your weekly source of all things Xbox. We’ll cover the latest launches, give you exclusive interviews, let you know about upcoming sales, and keep you up to speed on the newest trailers. Content availability may vary by region. “