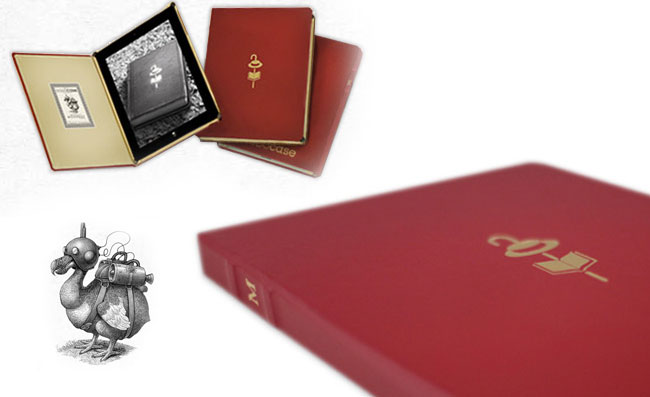 The new case is made from red faux leather and is ordained with Morris Lessmore’s signature hat and cane mark on the cover, and his “M” on the spine, and is constructed in DODOcase’s San Francisco book bindery. Watch the promotional video after the jump.

If you are a fan of the The Fantastic Flying Books of Mr. Morris Lessmore you can now protect your iPad 2 with new case for $64.95