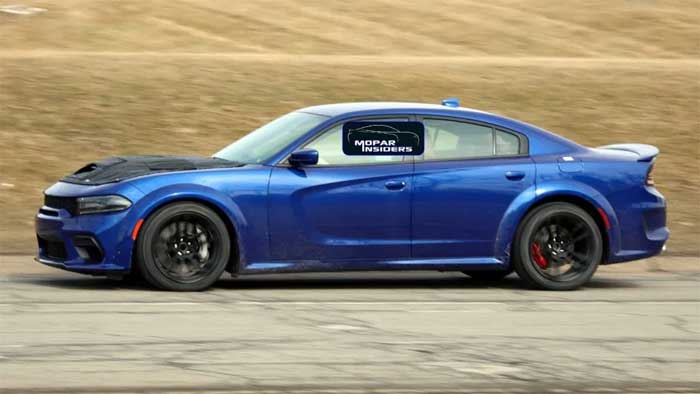 A rumor is going around that Dodge has a new muscle car coming for the 2020 model year that will be popular with Charger fans. The vehicle has been rumored before, but Mopar Insiders was able to get some images of the alleged car in testing. It’s not wearing camo but does have a black cover over the hood, which is said to be redesigned.

The new hood is said to have a larger scoop and new heat extractors. The car said to have a similar look compared to the standard 2020 Charger SRT Hellcat Widebody except for a different hood and Redeye badges on the side fenders, grill, and trunk lid. The car is only expected as a Widebody model.

The car will have a 6.2-liter V-8 engine making 797 horsepower and 707 pound-feet of torque. It will have an eight-speed automatic transmission and a 6500 RPM redline. The car will be the only factory sedan to feature the SRT Power Chiller and After-Run chiller. The car is expected to debut this summer.