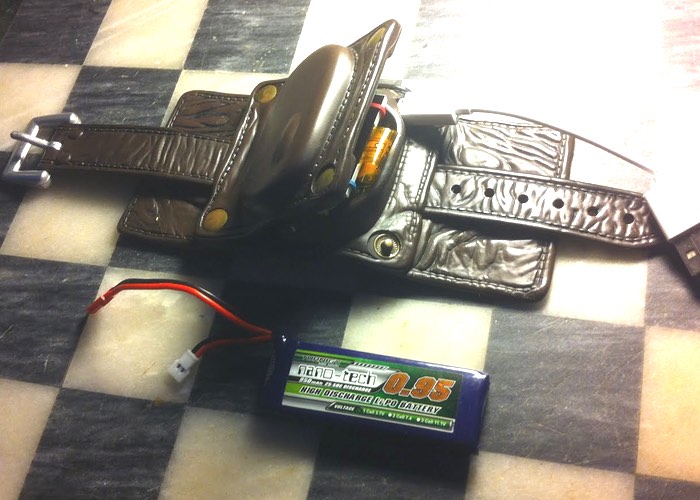 Maker and Raspberry Pi enthusiast Jeremy Lee has published a great Raspberry Pi watch he has created taking inspiration from the Vortex Manipulator Watch used in the Doctor Who series.

The Raspberry Pi watch has been created using of course a Raspberry Pi Zero, providing a 1Ghz ARM processor and 512Mb of RAM. Which has been fitted with a 1/5″ PAL/NTSC LCD television offering users a resolution of 240×180 pixels.

Together with a few other components including a Turnigy Nanotech 950mAh 1-cell LiPo battery and wireless adapter, loaded with the Raspbian Jessie operating system. Jeremy explains a little more about his Pi Watch creation :

What makes the device actually useful is that it’s a full Linux machine, with a WiFi connection. That makes any nearby PC that can run SSH or VNC into a handy keyboard, mouse and ‘big’ screen. Or even a remote PC – once the manipulator is on the network, it doesn’t matter where it is, or you are. It acts very much like a ‘cloud server’ which just happens to be located on your wrist.

So rather than do a detailed build video for a device that no-one else should even attempt to make (in this exact form, it was basically microsurgery) I decided to put it to music, and try to convey the overall process. You can operate the pause button as you wish.

It shouldn’t have fit. (Technically, with the battery hanging out, it didn’t.) This was supposed to be a ‘prototype build’ to test out the concepts, but it came together far better than I expected. A lot of X-windows is tricky to use without a proper keyboard, but otherwise it is a quite functional machine. (and difficult things can be done over SSH or VNC).