If you are considering carrying out some covert aerial reconnaissance or just fancy taking a little aerial footage, then the new DJI Phantom 2 quadcopter might be worth more investigation.

The DJI Phantom 2 quadcopter has been equipped with an on-board camera which is capable of beaming its footage directly back to your smartphone for recording or viewing. 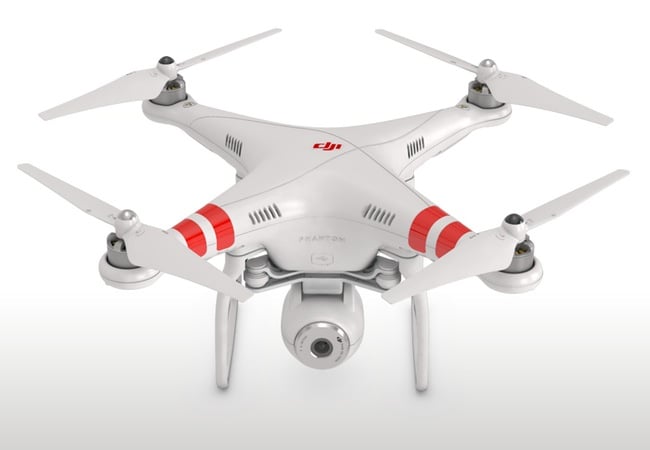 The 14 megapixel camera on the Phantom 2 quadcopter is mounted on to a shock-absorbing bracket and is capable of recording 1080p footage and is fitted to a 60 degree tilting gimbal, and equipped with an f/2.8 aperture lens offering users a massive 140 degree field of view.

Once the camera on the quad copter has been linked to your smartphone you are then able to control the camera directly from the phone itself, allowing you to target your subject perfectly. 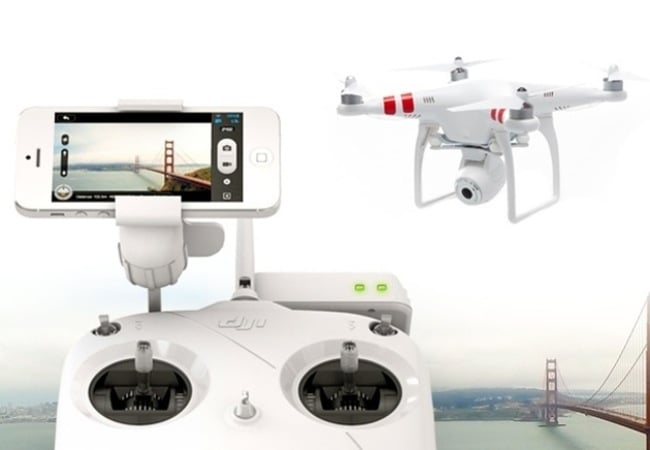 The newly updated DJI Phantom 2 quadcopter builds on the technology from its predecessor and is now equipped with a battery that is capable of flying it for 25 minutes.