Algoriddim has tweaked their awesome Djay and Vjay iOS applications to now support the new iPhone 5S 64-Bit A7 processor which allows them to add features only available on the iPhone 5S smartphone.

Within the Algoriddim Vjay the new iPhone 5S 64-bit A7 processor now offers a decoding speed that is twice as fast as before, and the iPhone 5s can process two full 720p HD video streams at once. Watch the video after the jump to see it in action. 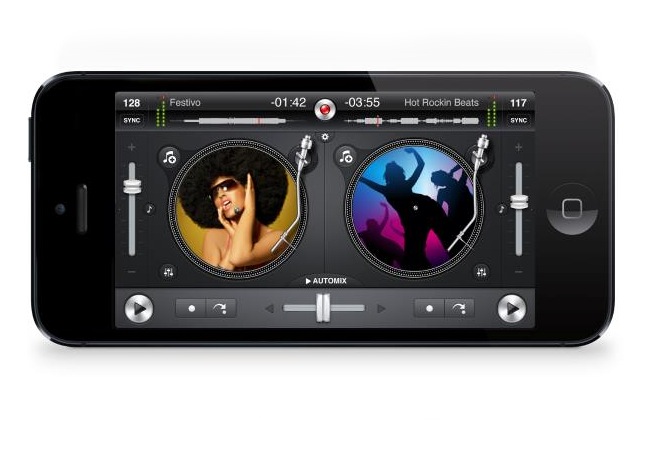 Algoriddim CEO Karim Morsy explained to the Mac Rumor website “the programs can spend processing cycles on a smoother user interface and better visual effects. He told us that the Djay and Vjay programming teams were able to 64-bit compatible versions of the apps just three days after the iPhone 5s went on sale largely because of Apple’s excellent developer tools.”

The latest iPhone 5S 64-bit A7 processor supporting versions of the Algoriddim Djay and Vjay iOS applications are now available to download from the Apple iTunes App Store.