DJ Hero 2 has been officially announced for release in the last quarter of 2010 and will feature more than 70 mashups from over 85 artists.

The game will include several new game play modes, including a “Empire” career mode, head-to-head DJ battles, social multiplayer modes, and a jump-in and out Party Play mode for turntables and vocals. Check out the video after the jump. 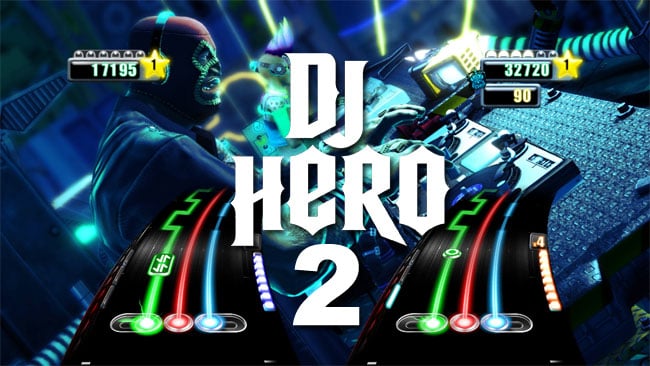 The new DJ hero 2 game will allow extra DJ’s or vocalists to join at any time so the music never has to stop.

Featured artists will include Dr. Dre, The Chemical Brothers, Kanye West, Metallica, Lady Gaga, and Rihanna, among 85 others.