Yes, that’s a box of Altoids. Rather, boxes of Altoids. Apparently, if left to his own devices Jair2k4 is fully capable of surviving the post-apocalypse. Check out the incredible home-made Tazer gloves he assembled after a conversation about superhero powers. Now if he only built himself a laser pistol. Alas, that is for fate to decide. 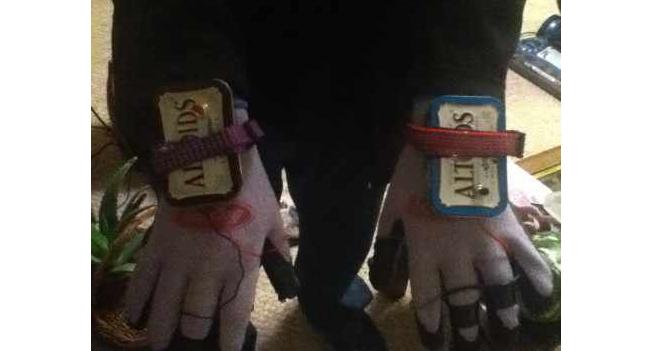 To think the materials involved here are a pair of rubber gloves, Altoids tins, wire, and a dog collar. For power, he used AA batteries. Not sure yet if Jair2k4 has used his latest invention to battle the forces of evil. We’re thinking he still needs a full-blown costume.


Watch this video on YouTube.
There’s a vivid, graphics and pictures intensive chronicle of this magical project over at the source link. if you’re feeling it, then by all means have a look.