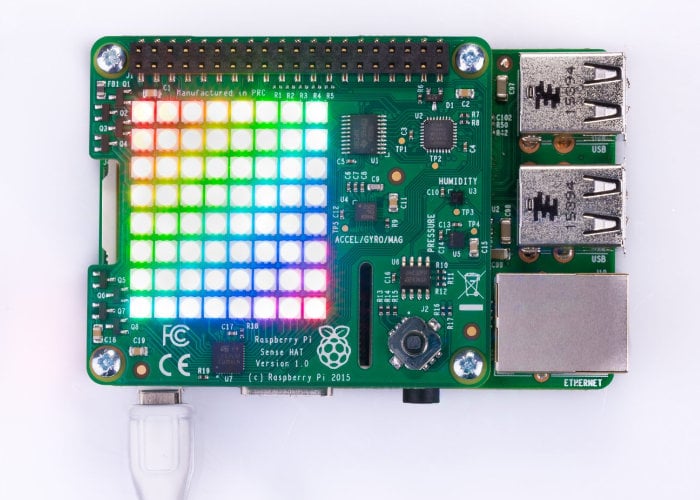 Using a Raspberry Pi 3 and the official Raspberry Pi Sense HAT, programmed with Scratch and Python a team of students have created a mini Raspberry Pi weather station and published instructions on how to build your very own to the Hackster.io website.

“Ten 12-year-old students, divided into 2 groups, learn to use Raspberry Pi 3, programmed with Scratch 2 and Python 3, for the measurement of temperature, humidity and air pressure with Sense HAT. They learn to combine knowledge of different scientific fields, in order to build their first mini Weather Station. At the end, they make a case for which programming language of the two, they prefer most.

The inspiration for the implementation of this project was our participation in Astro PiMission Zero: We learnt to program in Python by using the SenseHat emulator. Because of its attachment to the Raspberry Pi processor, the SenseHat temperature sensor shows approximately 10 degrees higher. The solution to ourproblem would be the use of a GPIO extender cable, but we didn’t have one.”

For more details on the Raspberry Pi weather station jump over to the official Hackster.io website by following the link below.