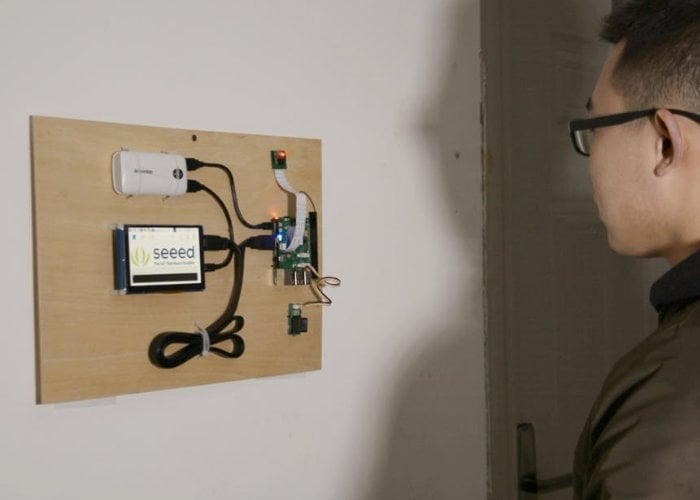 “In this project, we plan to take pictures with picamera and recognise faces in them, then display recognition result in the screen. If faces known, open the door, and send who opened the door to specified phone number via SMS.

So you need to connect a camera to Raspberry Pi’s camera interface, and install antenna and Grove – Relay to LTE Pi hat, then plug HAT to your Pi. Screen can be connected to Raspberry Pi via a HDMI cable, don’t forget connect power to your screen and Pi.”

For more details, code and full instructions on how to create your very own jump over to the official Hackster.io website and project page by following the link below.