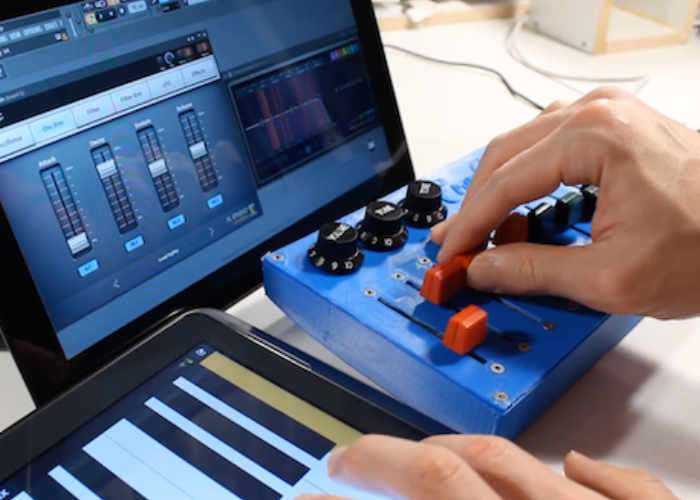 If you are looking for a project to keep you busy this weekend you might be interested in a new MIDI fader unit which is being created using a little 3D printing and Arduino programming.

Check out the video below during which awesome maker Evan Kale shows you how to transform a handful of vintage mixer switches and knobs into an up-to-date KIDI fader but can be used with your smartphone, PC or any other device you may have lying around.

The project has been featured on the official Arduino website which writes :

Using an Arduino as an HID, Evan Kale turned a “gently used” analog mixer into a computer interface. Older audio equipment may not have the interfaces that you need to make totally electronic music, but they can be very well-built, so are perhaps worth salvaging. In the video below, Kale salvages potentiometers from an old mixer, then hooks them up to a Pro Micro. This allows the Arduino to take these 12 inputs, and output them as a USB MIDI signal.

Along the way, Kale points out a few very important hacking tricks, including that the library may have a printer ready for you to use, and that analog slider pots many times are logarithmic (or close to it) and need to be calibrated. Also, around 5:25 he introduces viewers to analog multiplexers which can give you eight analog inputs at the cost of three digital and one analog pin.

If you enjoy this project jump over to the Evan Kale YouTube channel for plenty more projects to keep you busy and inspire your next build.