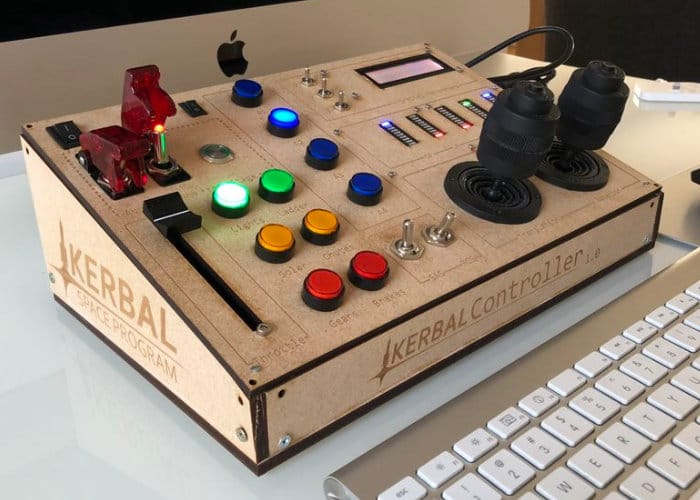 Gamers who enjoy playing the Kerbal Space Program, but feel their current control system lacks immersion. May be interested in a new DIY custom control panel which has been specifically designed for the erbal Space Program space simulation by Instructables member hugopeeters. Created using a little Arduino programming and a wealth of buttons, switches, joystick controls and LCD readouts. The awesome control system has been constructed using laser cut boards together with a wealth of hidden wiring to create an awesome Arduino Uno development board powered spacecraft control centre.

For more information and to build your very own Kerbal Space Program Arduino powered control system, jump over to the Instructables website. A full components list is also available together with all the code needed to make your panel control in-game elements just the way you like. Jump over to the official project page by following the link below.