Citizen Drone Warfare has taken the humble flying drone and modified it adding a paintball gun and other attachments, including a new camera for targeting.

The creation was made using a mail order drone that is widely available and shows just how effective the drone could be if required to take down a zombie horde or worse. Watch the video after the jump to learn more about the Armed Drone project and see it in action. 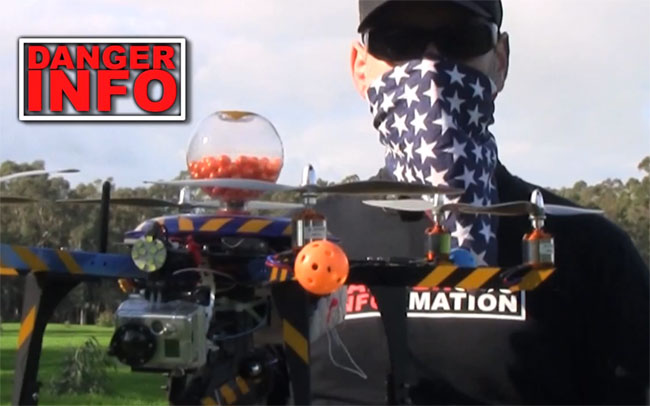 “Made by Milo Danger, it’s a little bit of a commentary on the proliferation of drone warfare and a lotta bit of cool DIY skills. Milo Danger designed, built, flew and shot the armed drone to see how accurate (and dangerous) an armed flying drone would be in the hands of a regular citizen. “