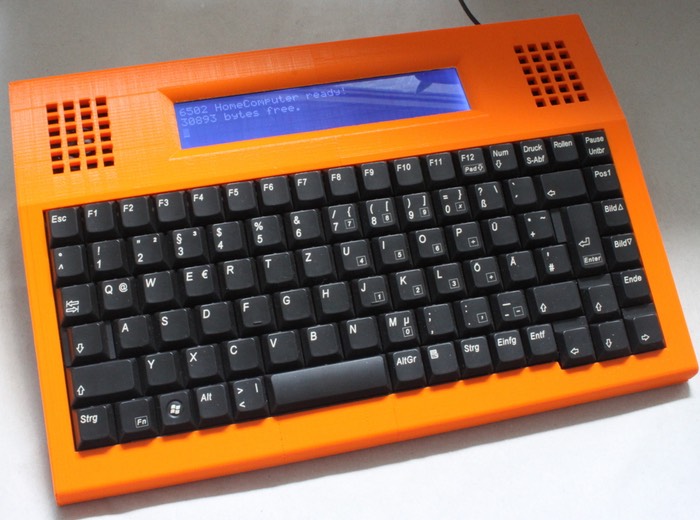 Makers, developers and hobbyists that are considering building a retro-styled PC system, may be interested in a new DIY Commodore 64 based MOS 6502 microcomputer system, that has been built by Dirk Grappendorf based in Dortmund, Germany.

The DIY Commodore 64 styled project can use a 8-bit MOS 6502 CPU or one of its derivatives and is equipped with an LCD display making the computer portable as well.

Its creator explains a little more :

I’ve often kicked off this project, but haven’t completed it until now, because i knew that it would take quite some effort. The idea was to design a computer like the Commodore C64 (which was my second computer after a Sinclair ZX81) from scratch, using mostly only parts that were available when this computer was manufactured. But to make things simpler, instead of the video output i opted for an LCD display and instead of dynamic RAM i’m using static RAM.

Keep in mind: The 6502 is not like an Atmel AVR CPU which is used in the famous Arduino boards. It does not contain any RAM, ROM or IO units. Each of these must be added as separate chips before you finally get a usable computer system. In addition you’re also confronted with a much more complicated software development process.

However the LCD display made it possible to build a mobile computer, powered by a LiPo battery. So in the end this computer is more of a mix of a C64 and an Epson HX-20. The only thing that is currently missing to make it really usable is an SD card slot for storing programs and data.

For more information on the new DIY Commodore 64 project jump over to the Grappendorf website for details and instructions n how to create your own. If you liked this you might also be interested in building an Arduino wind speed meter which offers an easy way to start tracking wind speed using an Arduino Uno. 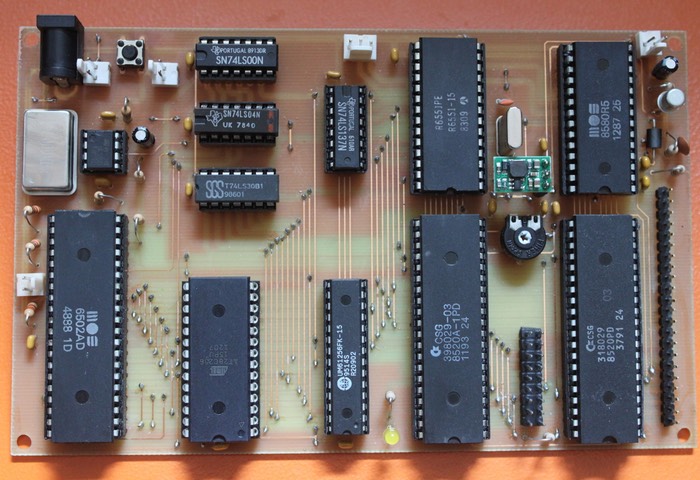