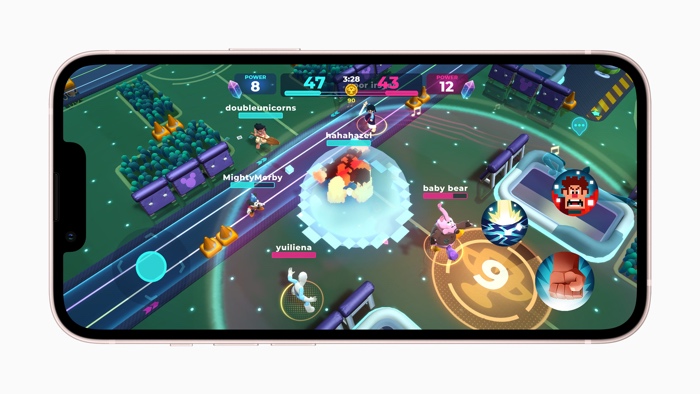 Apple has announced it is bringing a new game from Disney to its Apple Arcade platform, Disney Melee Mania.

The new Disney Melee Mani game is coming to Apple Arcade from December, and exact release date is not known as yet, more details are below.

“Disney Melee Mania” drops players into a virtual battleground and allows them to choose from 12 champions from several Disney and Pixar classics, with more characters added regularly. Each champion will appear in a distinct action-ready design equipped with their own set of iconic moves and unlockable cosmetics. Throughout five-minute matches bursting with battle arena action, players will need to score the most points possible — or defeat the opposing team as many times as they can — for a chance at victory. They’ll join fast-paced multi-player battles that put each character’s unique abilities to the test in close-combat competition, with multiple modes and challenges to test their skills, and also earn in-game rewards from events.
“Players will find endless gaming options on Apple Arcade to keep them entertained on all their favorite devices this holiday season, from classic titles like ‘Crossy Road Castle’ and ‘Solitaire’ to creative new games like ‘Disney Melee Mania’ and ‘LEGO Star Wars: Castaways,’” said Alex Rofman, Apple Arcade’s senior director. “Best of all, Apple Arcade delivers a worry-free uninterrupted gaming service, allowing families to simply enjoy fun and exciting gameplay experiences, all with no ads or in-app purchases.”

You can find out more details about Apple Arcade and the new Disney Melee Mania game over at Apple’s website at the link below.