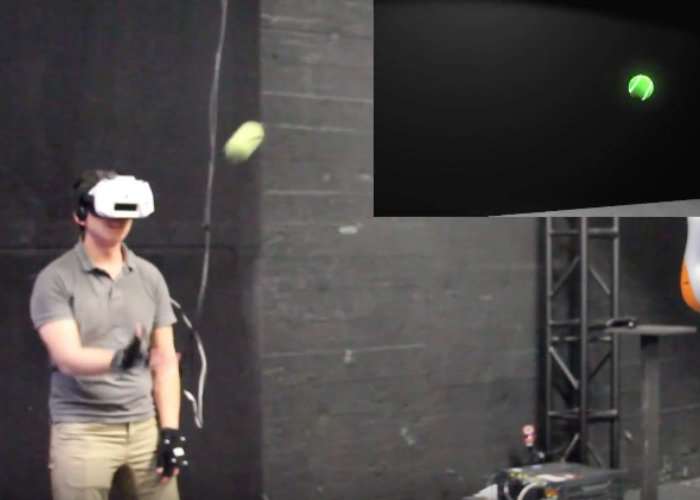 Disney has this week released a new demonstration video showing how a real ball can be caught by someone in virtual reality. As you can see in the video below the one person is wearing a virtual reality headset.

While the other throws a ball towards them in real life. Just as in the real world the VR immersed person is capable of capturing bold thrown at them while wearing the headset. Check it out below.

Disney explains more about the process of catching a real ball while in virtual reality :

We present a system enabling users to accurately catch a real ball while immersed in a virtual reality environment. We examine three visualizations: rendering a matching virtual ball, the predicted trajectory of the ball, and a target catching point lying on the predicted trajectory. In our demonstration system, we track the projectile motion of a ball as it is being tossed between users. Using Unscented Kalman Filtering, we generate predictive estimates of the ball’s motion as it approaches the catcher. The predictive assistance visualizations effectively increases the user’s senses but can also alter the user’s strategy in catching.