A team of researchers has this week unveiled new footage of a Digital Taste Interface they have created which can be used to simulate primary taste sensations on the human tongue using electrical and thermal stimulation.

The innovative and unique Digital Taste Interface is built using of two main components, the control module to formulate different electrical and thermal stimuli and the tongue interface, which has two silver electrodes that are pressed on to the users tongue. Watch the video after the jump to learn more about the Digital Taste Interface project and see it in action. 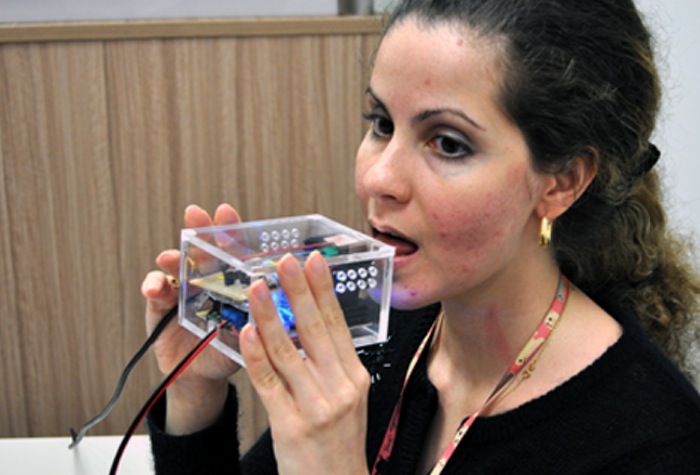 The Digital Taste Interface experimental results suggested that sourness and saltiness are the main sensations that could be evoked while there are evidences of sweet and bitter sensations too using the systems. 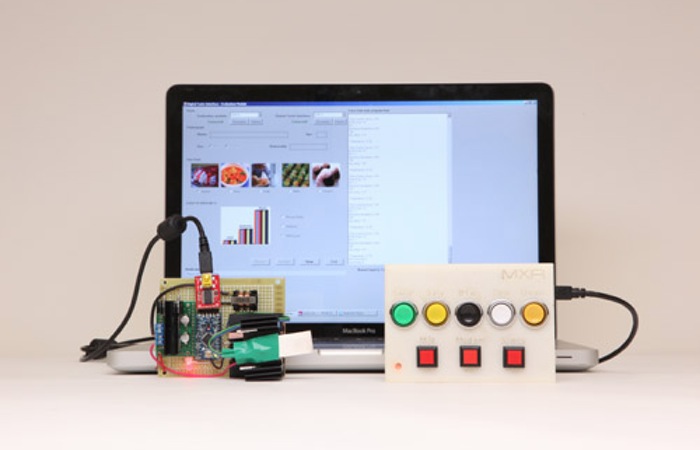 A summary of the combinations of stimulation that produce which sensations of taste:

“Using chemicals in an interactive system is unrealistic since a set of chemicals is difficult to store and manipulate. Furthermore, the chemical stimulation of taste is analogous in nature, making it impractical to use this approach for digital interactions. Therefore, it is evident that a new non-chemical approach is required to achieve digital control over the sensation of taste.”

For more information on the new digital taste interface jump over to the Nimesha website for details.