Apple has recently been granted a range of new patents, one of those is for a 3D display and imaging system, which seems very similar to Microsoft’s Xbox Kinect, and the system described by apple would use a projector with a scanning beam that pick up your movements via a receiver.

Apple’s patent differs from Microsoft’s Kinect slightly, in that the projector of the system could also be used to show holographic imagery. 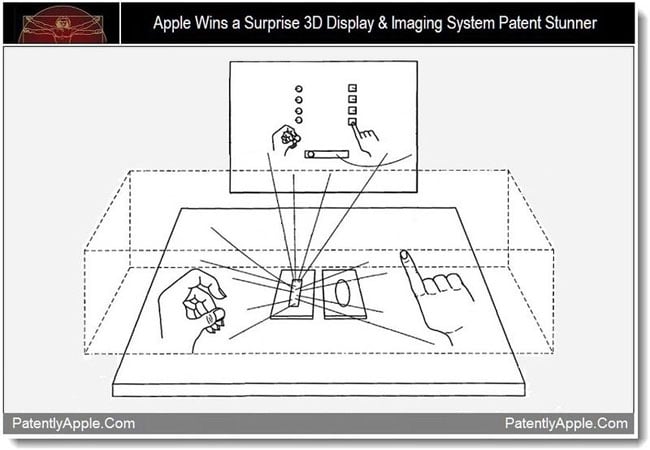 To be effective, it is also important that such devices be capable, when desired or necessary, of economically but effectively and precisely providing feedback to the user. Thus, such devices should incorporate audio and/or visual mechanisms for reporting to the user the effects and results of the 3D input.

As Gizmodo points out, with this new patent Apple could end up getting some sort of licensing fee from Microsoft.