DHL has this week unveiled a humorous trick its played on their competitors which force them to advertise DHL services on bulky hard to manage parcels they were delivering.

In the very innovative and humorous prank DHL used thermal-activated tape on parcels it then had its competitors deliver for them to hard to reach addresses advertising the words “DHL is Faster”. Lets hope UPS, TNT and DPD has seen the funny side, check it out in the video after the jump. 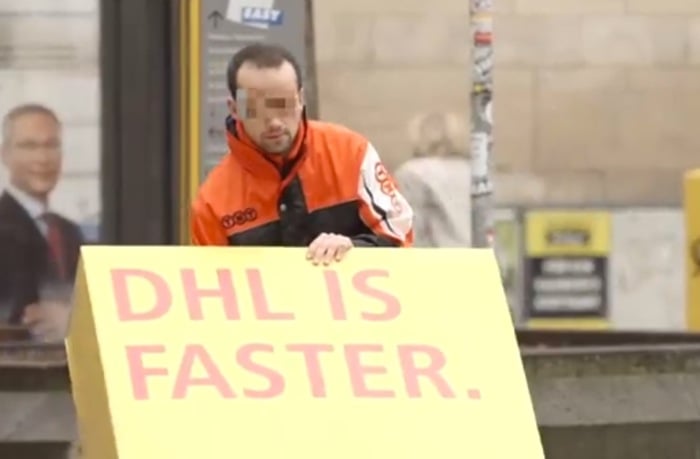 DHL taped  thermal-activated ink film on to large parcels that were then chilled making them look black when they were picked up by competitors DPD, UPS and TNT. But as the packages warmed up during the delivery process throughout the day the advertising message was then revealed for all to see.