Capcom is certainly doing a few things differently when it comes to the new Devil May Cry. Not only will the game be released after the holidays instead of being crammed in with the December crowd, but its PC launch is coming only ten days after the Xbox 360 and PS3. 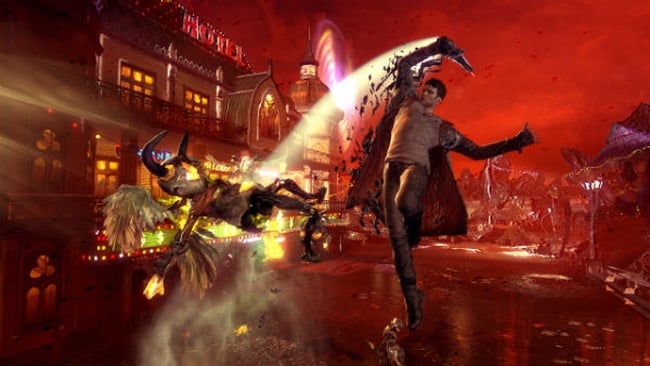 Porting duties are handled by Polish outfit QLOC and the game is heading for Steam, with all the joys and sorrows that entails. The game seems to be surprisingly AMD-friendly, with DmC’s producer even getting in an AMD plug in the press release: “Devil May Cry’s performance on AMD is amazing, it pumps our already incredible visuals and effects to the next level, making it an even more immersive and intense experience.” The game also promises uncapped framerate for PC, with a steady 60 fps for hardware that’s up to the job. Very reasonable minimum specs may be found below: