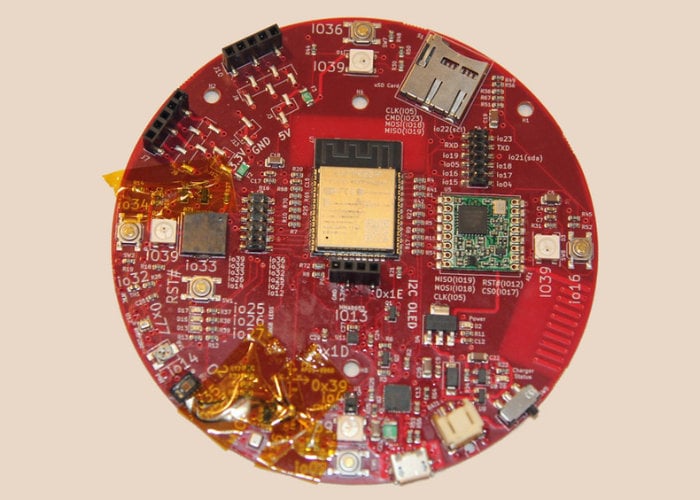 A new small form factor Arduino compatible development board has been created by RealIOTTech in the form of the aptly named FunDisc which has launched via Kickstarter. “A comprehensive Arduino compatible board that has 30 sensors and devices embedded on the board … no wiring required!” Watch the introductory video below to learn more about the small developing board which is equipped with :

The development team at RealIOTTech explains more about the inspiration behind the FunDisc Arduino compatible sensor board which includes a wealth of possible applications and functionality.

“We love working on projects in the Arduino world and decided we spend too much time wiring the project that we wanted to design a single board that already had over 30 devices and sensors on board! This way we spend more time creating something cool rather than making sure each device is correctly wired to SPI, i2c, or UART. We also wanted to make sure this new board had several key attributes.”

– Comes with a standard case design that can be printed on any 3D printer (.STL file).
– Uses standard libraries for Arduino, so adding the library is the only thing required to get going and have success. No endless search on github for working library.
– Lots of code examples for each device/sensor on the board so you can light up each items on the board in first 10 minutes by just loading the example and modifying to your needs.
– Easy to use for the beginner to Arduino programmer, and the IOT enthusiast. Simple and uses standard Arduino libraries where you can view lots of YouTube videos and learn how to use each of the sensors. We also include code examples with descriptive and easy to use code segments.
– Also useful for the advanced developer who wants an all inclusive board that will allow quick development focusing on developing advanced IOT projects without the mess of wiring, or waiting for a proto-board to be built. The FunDisc is already to go for a full fledged project.
– Two slots for additional sensors to be added. So if there is a sensor you need to add to the board that is not already there you can add it. It can be a SPI device, i2c device, UART based device or just a simple LED … you can add two more with minimal effort. The 37-in-one sensor sets from Amazon or AliExpress are great additions for use in this case.