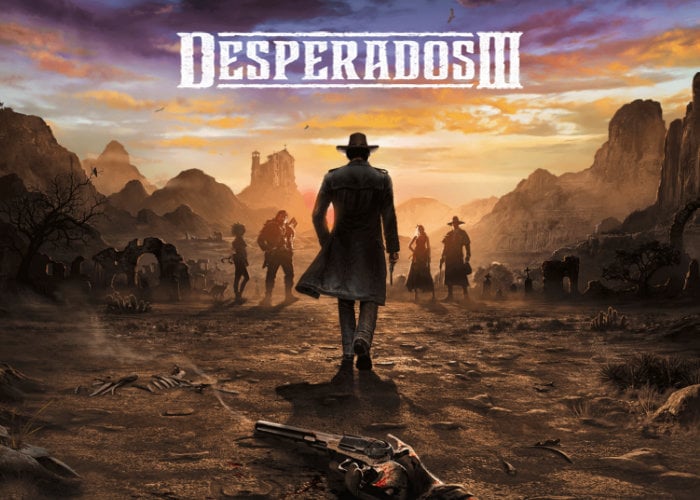 The long-awaited prequel to the classic Desperados: Wanted Dead or Alive game first launched back in 2001, we will be launching on the PC via Steam, Xbox One and PlayStation 4 in a few months time and will be available to play from June 16th 2020 onwards. Desperados 3 is a “story-driven, hardcore tactical stealth game, set in a ruthless Wild West scenario” say the games developers Mimimi Games.

“John Cooper will join forces with the runaway bride Kate, the shady hitman Doc McCoy, the giant trapper Hector, and Isabelle, a mysterious lady from New Orleans. On Cooper’s quest for redemption, his adventures lead him and his gang from rural towns, over swamps and riverbanks, and finally to a dramatic showdown worthy of Wild West legends. “

“You take control of a ragtag band becoming a highly functional group of unlikely heroes and heroines. The very different strong personalities struggle to cooperate at first, but ultimately join forces to combine their distinctive specialties and challenge a seemingly superior foe. Hunted by ruthless bandits and corrupt lawmen, the Desperados need to turn the tables with every mission. On an epic journey through 1870s USA and Mexico, the team will face incredibly difficult odds and must outsmart vastly outnumbering gangs. On their mission to track down a nemesis whilst derailing a relentless corporate tycoon, the five distinctive characters use a wide array of skills to infiltrate, spy, sabotage, elude, steal, abduct, deviate, assassinate, blow stuff up… and as a last resort: shoot ’em down. Combine your specialists to overcome tough challenges in many different ways. Plan your moves wisely and execute them perfectly in real time to sneak past your enemies while remaining undetected.”

Features of the new Desperados 3 game include the ability to :

– Command up to five Desperados and use their lethal skills to stealthily thin out the enemy rows
– Approach each mission with a variety of different solutions and paths
– Resolve seemingly impossible large enemy setups with careful planning and perfectly timed execution of the team’s special skills
– Witness the glory of classic Wild West scenarios like frontier towns, desert canyons, Mississippi swamps, sprawling modern cities and many more by day and night
– Defeat your foes choosing between deadly and non-lethal options, stealth and blazing guns and further adjust the game to your playstyle with various difficulty settings and special replayability challenges