Indeed, designing familiar consumer items is a tricky business. How the heck could anyone possibly reinvent the common household toothbrush? Leen Sadder did and what you see below is a twig. Yes, a twig. It enjoys widespread use across Asia and Africa but is basically alien to the West. 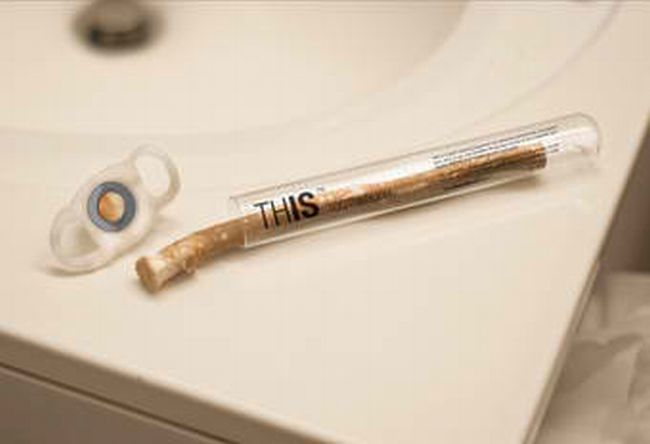 To accommodate American/European sensibilities, Leen repackaged the no-nonsense twig and included a cutting tool to reveal its bristles. This doesn’t need toothpaste, by the way. Just chew on it. It works great too.

More from Leen Sadder herself:

“For Allan Chochinov’s 3D Design class at SVA, we were asked to redesign the concept of the first object we threw out after class. I ended up throwing out an empty tube of toothpaste…

…THIS aims to repackage and promote the miswak as an organic, biodegradable, portable, more beneficial substitute for toothpaste and a toothbrush. The biggest challenge was figuring out how to package and market the twig to a contemporary American audience, who would not be entertained with the idea of biting off the top of the stick in order to use it. The solution for this is a cigar-cutter-like cap that peels off the outer layer to reveal the natural bristles, and slices them off after use. It also protects the stick from germs and microbes.”

Twigs rock. Don’t you sometimes yearn for the simple life?