We already know that T-Mobile are getting ready to launch the G-Slate tablet, but it looks like the first 4G tablet that will be available on T-Mobile will be the Dell Steak 7 which is reported to be launching on T-Mobile on the 2nd of February 2011.

The Dell Streak 7 will be similar to the existing Dell Streak 5 and it will come with the same Dell Stage software which will run on top of Google Android 2.2. 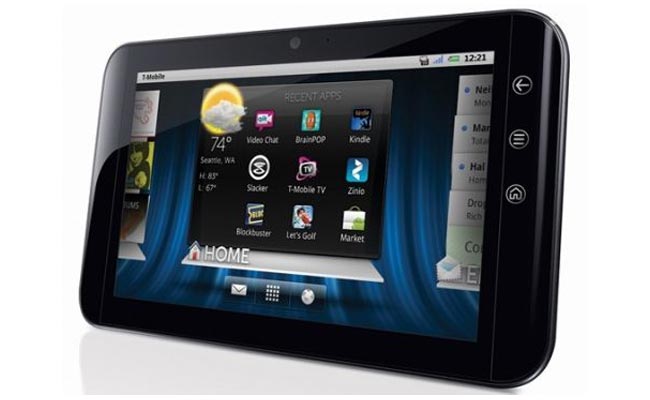 Hardware wise the Dell Streak 7 will feature a new dual core NVIDIA Tegra 2 processor, and it will also connect to T-Mobiles HSPA+ network which offers mobile broadband speeds of up to 21Mbps.

The Dell Streak 7 will feature a 7 inch touchscreen display with a resolution 800 x 480 pixels, there is also 16GB of built in storage plus a five megapixel rear camera and a 1.3 megapixel front facing camera for video chat.

Other specifications on the Dell Streak 7 include integrated WiFi and Bluetooth, unfortunately there are no details on pricing as yet, as soon as we some some information on pricing and the official launch date we will let you guys know.