Dell’s new Inspiron Duo convertible netbook/tablet with its innovative flip-hinge design that allows you to seamlessly switch from touch to type, will be arriving on Three in the UK during February. 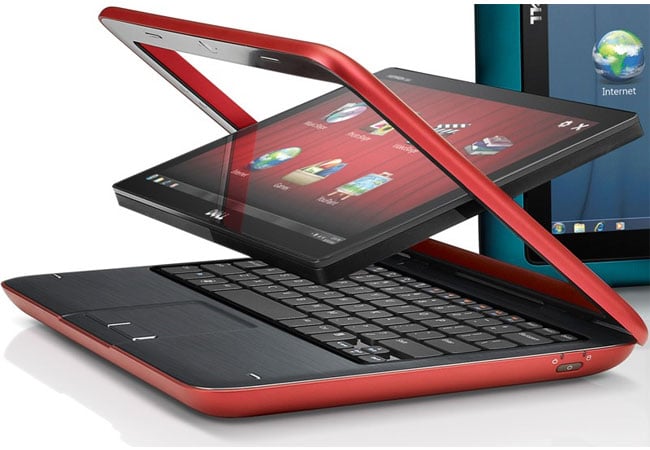 The Dells Inspiron Duo has a 10.1 inch swivelling LCD display, powered by an Intel Atom N550 processor and fitted with 2GB of RAM and a 320GB hard-drive, with Microsoft Windows 7 Home Premium, pre-installed. Unfortunately Three has also kept the price under wraps as well for the time being.