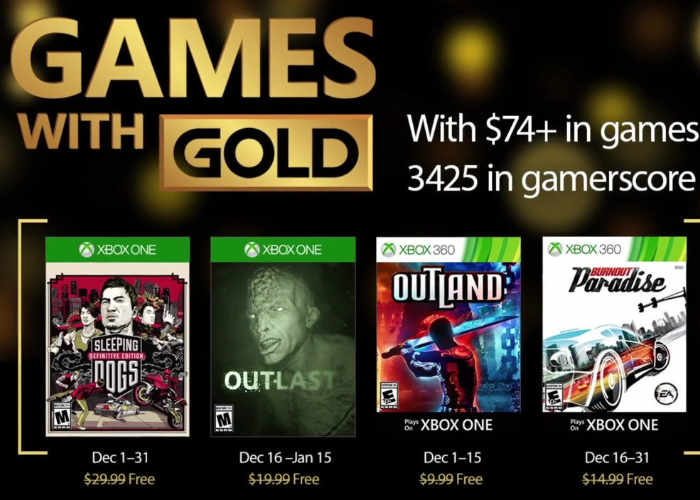 Microsoft via the Major Nelson website has today announced the new Xbox Live Gold Games that will be available to Xbox Live Gold members next month during December 2016.

Check out the video below to learn more about the games which will be included in the Gold Xbox programme for both Xbox 360 and Xbox One with backwards compatibility.

Games available for the Xbox 360, starting Thursday, December 1st include Outland until December 15th and Burnout Paradise  for free through December 31st. Microsoft notes : Titles are available as free downloads for qualifying Xbox Live Gold members in all markets where Xbox Live is available. Some regions may offer different titles depending on market availability.