In what seemed to have started as a crash course in narrative for the interactive medium which took a left turn into full-on Gears of War bashing to finally end up as self-deprecating recrimination, Dead Space narrative producer Chuck Beaver calls the narrative of Epic’s flagship title “literally the worst writing in games.” 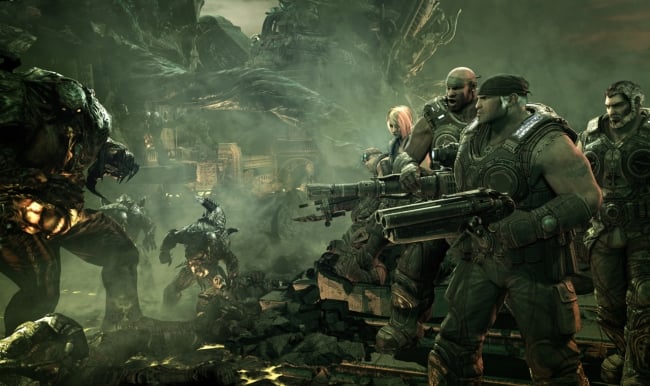 “Story can only ruin a game for those people who care about story, so it’s a conditional answer,” he said. “For instance, Gears of War. It contains atrocious, offensive violations of story basics. Yet it doesn’t seem to ruin it for many, many people. It’s literally the worst writing in games, but seems to have no ill effects.” I certainly agree that  there’s a lesson to be had in Gears’ marriage of exquisite gameplay and brain dead narrative. The fact that bad writing in games has “no ill effects” is not one of them.

EA has contacted us to provide some context to comments made by Dead Space story developer Chuck Beaver about Gears of War in a recent interview. In retrospect, I could have made it clearer that the Dead Space dev’s take on the Gears of War narrative was an attempt to illustrate a point rather than a malicious put-down of a beloved game and franchise.

“I just wanted to jump in and clarify some of my comments that were taken out of context about Gears of War. First, let me say that I’m a huge fan. It is an epic franchise that has trail-blazed more than a few industry-leading player experiences and mechanics. It is deservedly recognized as a top-tier title.  Its success as a property is evidenced by its giant sales and rabid fan base.  The industry is far better for Epic’s contributions, and we all owe a great deal of inspiration to their work.”

That being said, I stand by the original points. Narrative in Gears of War was little more than window dressing and crappy game stories may not ruin gameplay, but they certainly ruin games, if only by holding back the medium from its potential.