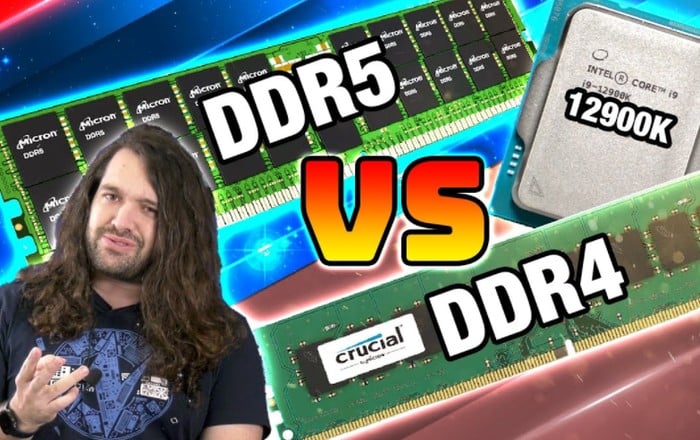 If you’re interested in learning more about the performance differences between DDR5 vs DDR4 memory running on and Intel i9-12900K system for comparison. You’ll be pleased to know that the team over at Gamers Nexus has created a great DDR5 vs DDR4 comparison video providing in-depth data for two specific kits of DDR4 and DDR5 on the Intel Core i9-12900K Alder Lake CPU running Microsoft’s Windows 10 operating system.

“As an important reminder, we can’t produce a blanket “DDR4 vs. DDR5″ video because DDR4 & DDR5 are just categories of the many thousands of different RAM options on the market, or calculated another way, the many tens of millions (if not more) of combinations of all memory timings.”

“As such, we can produce a benchmark of the overall DDR4 vs DDR5 performance on our standard DDR4 platform and our inbound DDR5 platform, but it is likely that certain configurations of DDR4 or DDR5 will outperform others in ways not shown here and entirely contingent on what kit of memory was used. For instance, if heavily tuned, it’s likely that either option could outperform a less-tuned alternative from the other version of DDR. This was benchmarked on an Intel Core i9-12900K CPU in Windows 10, but we do have other benchmarks with Windows 11 published previously.”