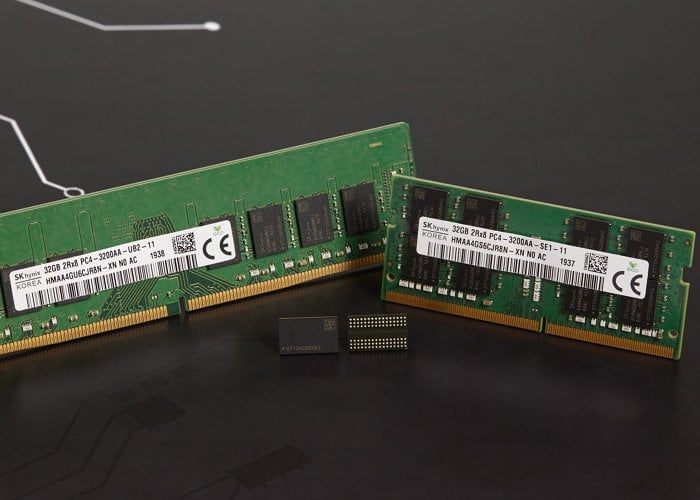 Hardware manufacturer SK hynix has developed new 1Znm 16GB DDR4 DRAM the industry’s largest density for a single chip (16GB), the total memory capacity per wafer is also the largest of the existing DRAMs. Thanks to improvements in manufacturing the latest generation of BBR$ DRAM is now 27% more effective than previous generation 1Y nm DRAM says SK hynix and does not require expensive extreme ultraviolet (EUV) lithography providing a cost-effective edge across the market.

The new 1Z nm DRAM also supports a data transfer rate of up to 3,200 Mbps, which is the fastest data processing speed in DDR4 interface. The Company significantly increased its power efficiency, successfully reducing power consumption by about 40% compared to modules of the same density made with 1Y nm 8 Gb DRAM.

In particular, SK hynix applied a new substance not used in the manufacturing process of the previous generation, maximizing the capacitance of this 1Znm product. Capacitance, the amount of electrical charge a capacitor can store, is a key element of DRAM operation. A new design has also been introduced to increase operational stability.