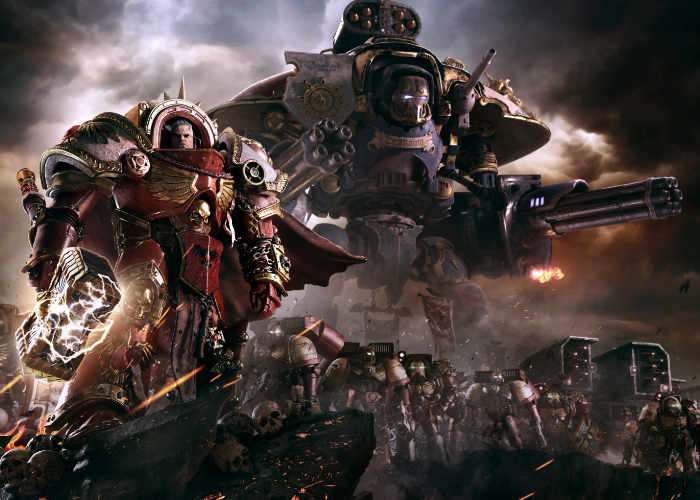 Those looking forward to the launch of the new Warhammer 40,000 Dawn of War 3 real-time strategy game later this year. Which is currently being developed by Relic Entertainment and Sega in partnership with Games Workshop.

Are sure to enjoy this latest Dawn of War 3 trailer released by the development team, providing a glimpse at the Space Marines, Eldar and Orks, check it out below.

In addition to the return to traditional base building the new Dawn of War 3 game will also include larger-scale walker units which will take the form of Imperial Knights for the Space Marines, Wraithknights for the Eldar, and Gorkanauts for the Orks.

A “catastrophic weapon,” known as the Spear of Khaine, is discovered on the planet Acheron, and three forces converge on the planet – the Blood Ravens Space Marines under legendary commander Gabriel Angelos, the Eldar led by Farseer Macha (returning from the first game), and an Ork horde led by Warlord Gorgutz (his fourth appearance, after Winter Assault, Dark Crusade, and Soulstorm).