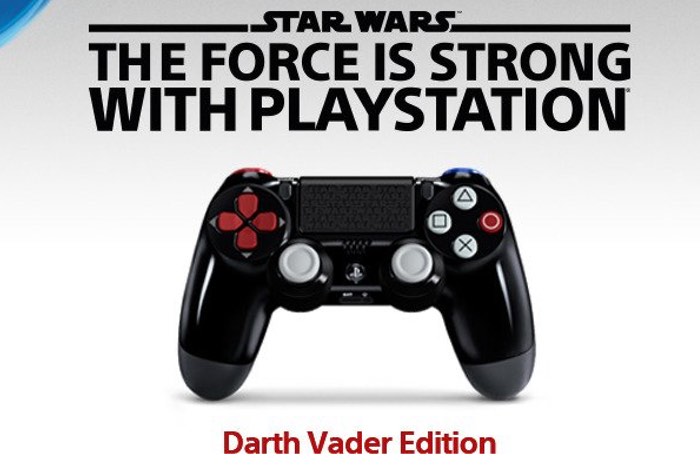 Those gamers looking forward to the launch of the Star Wars Battlefront game that will be launching later this month on PlayStation 4, Xbox One and PC.

Sporting red D-pad buttons, together with white analogue sticks and blue finger triggers. The new Darth Vader PlayStation 4 DualShock controller will be available in Europe from November 18th, 2015, and November 19th in the UK. The highly anticipated Star Wars Battlefront game will be launching on November 17th, 2015.

Unfortunately no details on pricing have been announced as yet and the Darth Vader PS4 controller but pre-order will start soon says Sony and the controller will only be available as a stand-alone sale.