Now why didn’t anyone think of this before? Seen below is a real clever concept for a Darth Vader-inspired hairdryer. Word is if you displease it, the hairdryer will do a choke hold. Okay, we made that up. It’s actually unclear if the Imperial March blasts out of the fan as you dry your hair, but at least you can imagine it playing. If you happen to have a pet dog with the hair of a wookie, this dryer would be a perfect match to emphasize your devotedness to anything touched y the genius of Lucas. 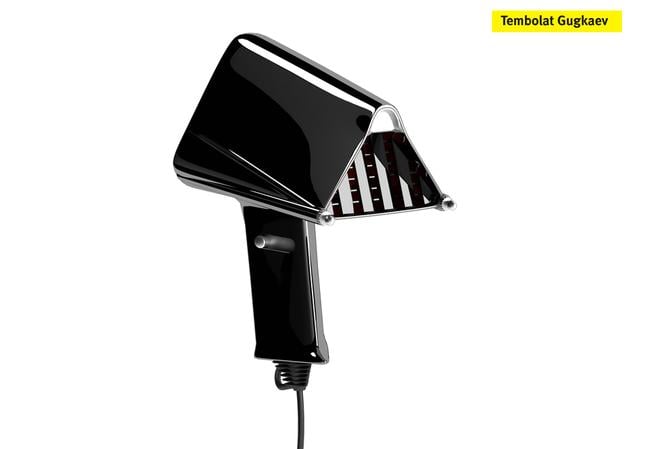 It’s also unknown if, when in use, the actual sound emitted by the hairdryer is Lord Vader’s creepy heavy breathing. Maybe it does. The sheer coldness of Darh Vader’s breath would be scary enough to petrify anyone’s hair.

The worst that we can think of about the Darth hairdryer is when in use, it all of a sudden says: “[your name], I am your father.”

That’s the part where you go: Nooooooo! You’re not my father!