Darpa has released a new video of their ARGUS-IS surveillance camera the highest resolution surveillance platform in the world, which can be bolted to a drone for big brother surveillance from 17,500 ft or around 3.3 miles high.

If you have ever seen the Enemy of the State, staring Will Smith, this technology brings home just how much surveillance technology has evolved over the years and now plays a huge role in out everyday lives. Watch the video after the jump to see it in action. 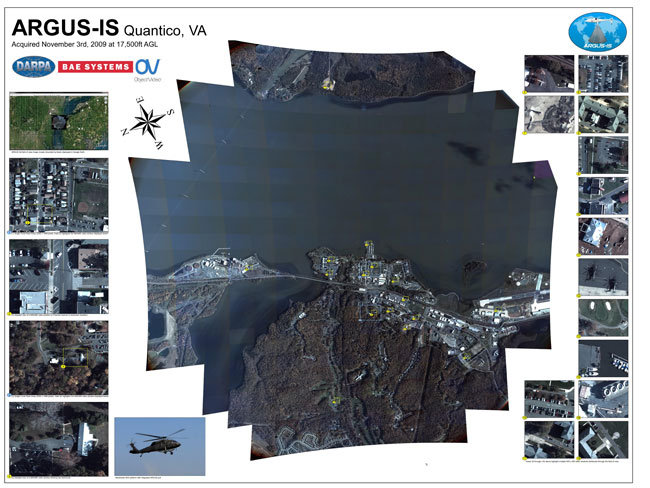 Darpa’s ARGUS 1.8 gigapixels camera has both a very wide and precise field of view, allowing users to cover areas of up to 15 square miles at a glance while still being able to spot objects as small as six inches across from the height of 17,500 ft.

“The Autonomous Real-time Ground Ubiquitous Surveillance-Imaging System (ARGUS-IS) program is developing a real-time, high-resolution, wide-area video surveillance system that provides the warfighter a minimum of 65 VGA video windows across the field of view.  Each video window is electronically steerable independent of the others, and can either provide continuous imagery of a fixed area on the ground or be designated to automatically keep a specified target (dismount or vehicle) in the window.”