Tidal forces between the moon and the Earth have slowed the moon’s rotation so that one side of the moon always faces toward our planet. But new highly detailed images of the dark side of the moon have been captured by the Lunar Reconnaissance Orbiter LRO, providing never before seen details of the moons dark side terrain. 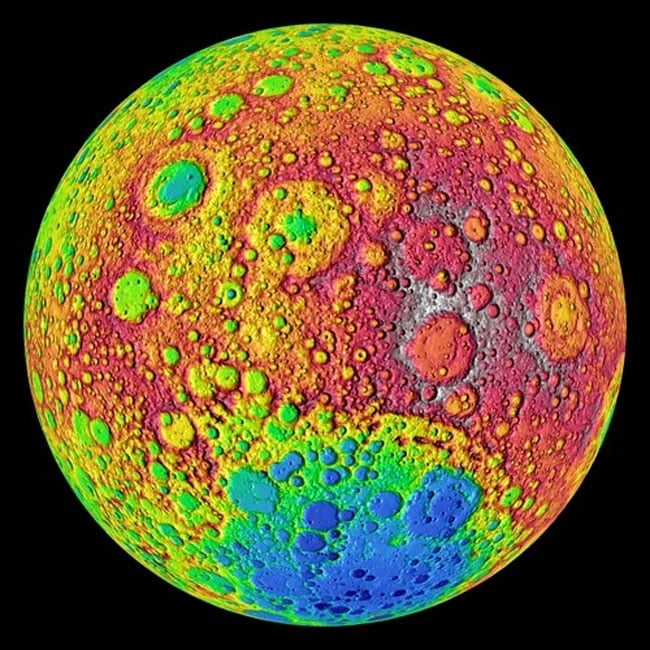 The colours in the image above represent the elevation of the terrain, going from 20,000 feet (red) to -20,000 feet (blue). The image is one of ten discoveries that have been documented in the first year of the LRO and includes details on the landing sites. The  Lunar Reconnaissance Orbiter officially reached lunar orbit on June 23rd, 2009.

Via Gizmodo Via NASA