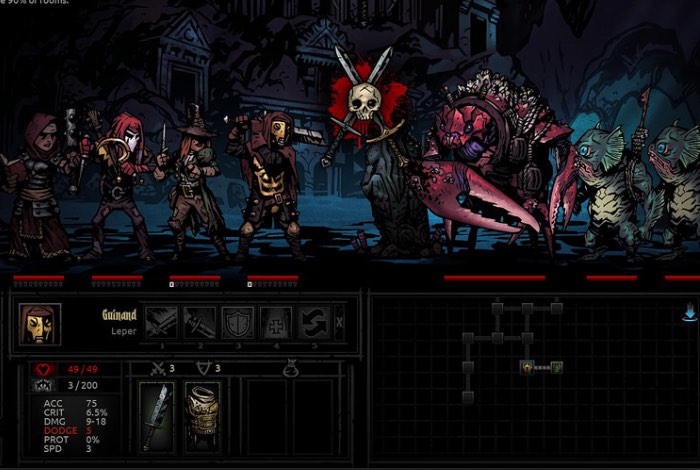 Community Manager John Lindvay has taken to the PlayStation blog to reveal more details about the launch of the Darkest Dungeon game that will be playable on both PlayStation 4 and PS Vita during the spring of 2016.

Darkest Dungeon will be arriving via the PlayStation Experience, this December. Providing players with a unique game that deals with the ‘psychological toll adventurers endure as they brave the nightmarish horrors of the pit.’

Lindvay explains a little more about what you can expect from the unique game, as well as the inspiration behind the title and the development which has been taking place since April 2013.

We’ve always been fans of dungeon crawlers and we’ve all grown up with the gospel of Gygax, but there was one aspect always missing from these adventures of fame and glory. Warriors are always brave, clerics always faithful to their deity. But humans are fragile and become irrational as pressures mount. So we wanted to make a game set in a dark gothic low-fantasy world that would begin to capture what it would be like if a human, not a superhero, lived through the events we see so often in RPGs.

And coming up this December, a major milestone is happening: for the first time ever we’ll be showing Darkest Dungeon running on PS4! Seeing your game running on a console is a big deal for any developer, and we couldn’t be more excited. We’ve always been proud of our game’s visuals, but seeing it on a large TV… it’s never looked better.