A research group at the Ochanomizu Women’s University had created a cylindrical mirror which can be used to display 3D images on your iPad, and the mirror makes use of the iPads touchscreen display.

When the mirror is rotated on the iPads surface the image that is displayed on the iPads screen is also rotated, creating a sort of 3D display have a look at the video of it in action below. 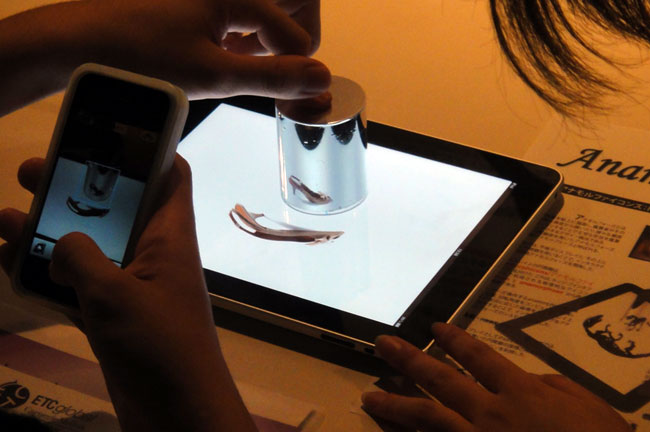 “We noticed that anamorphosis can be used to project data onto a 3D object, by placing a 3D object on 2D data. And we’ve developed an interactive system called Anamorphicons.”

You can find out more information about how this works and how it can give the impression of a 3d object from a 2d image over at DigInfo.