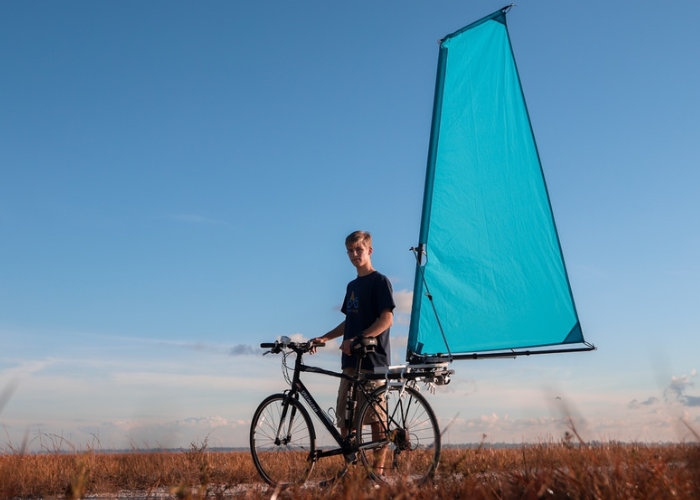 CycleWing is a very unique deployable wind propulsion designed for bicycles, which transforms most bicycles into a sale powered vehicle in just a few minutes. After being under development for quite some time the team behind the CycleWing have taken to Kickstarter to help raise the $75,000 needed to take the idea into production. Watch the demonstration video below to learn more about the CycleWing and see the prototype in action.

Pledges are available from $500 for an early bird CycleWing unit with worldwide delivery expected to take place sometime around November 2019. Early bird prices offer a 40% discount off the recommended retail price, which will kick in once the crowdfunding campaign comes to an end.

“With the CycleWing unit installed, the rider can deploy the CycleWing sail (wing) in mere minutes to get that extra boost from the wind. With CycleWing deployed, the rider has full electronic control of the sail and can orient it to provide optimal thrust according to conditions. A simple interface consisting of a graphic display and just two buttons (conveniently placed by your thumbs) means you can just keep looking forward and you never have to take your hands off the wheel to manage a potentially unwieldy sail.”

Using basic sailing “Points of Sail” principle applies to CycleWing enabling when to propel you forward while coming from almost any direction. For more details jump over to the Kickstarter campaign page by following the link below.