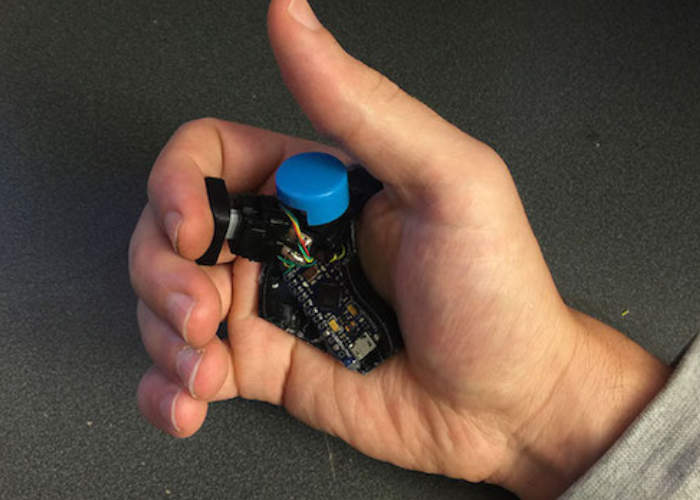 A new custom virtual reality controller has been created by Florian Mauer to help complement his VR experiences. Its been built using a number of different components such as IMU, Arduino Pro Micro, as well as a couple buttons for in-game actions together with a little 3D printing.

The hand bracelet virtual reality controller was inspired by the gravity control bracelet from the Ender’s Game movie and can be worn in a similar position to how a pistol is held, yet is small enough to not get in the way when a keyboard or mouse is required to be used.

Watch the demonstration video below to learn more about this unique virtual reality controller which has been built using a little Arduino hardware and some awesome maker skills.

In the 2013 adaptation of Ender’s Game, Harrison Ford’s character slips a metallic device over his hand to control gravity in the training room. This scene inspired me as I’ve been trying to imagine VR controllers that can be used alongside mouse+keyboards. The controller used by Ford seemed convenient to put on, offer a lot of finger freedom, and probably allow for throwing VR objects without falling off.