You might remember last year we featured the CubeStormer a Rubik’s Cube solver that was built from Lego and became the Worlds Fastest Lego Mindstorms RCX Speedcubing Robot. Well the team are back and have now created a new design using a Samsung Galaxy S II smartphone to process the calculations and has now halved the record set by the original CubeStormer. Watch the video after the jump to see it in action. 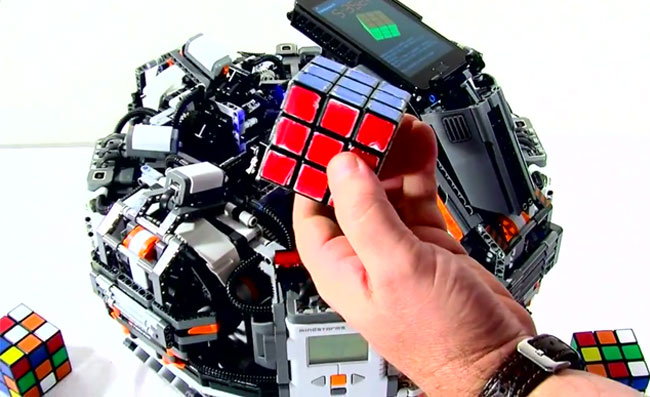 The next generation Lego CubeStormer II has been built by Mike Dobson and David Gilday, and is capable of solving Rubik’s Cube at amazingly fast speeds. Its been constructed using four Lego Mindstorms NXT kits, and a Samsung Galaxy S II smartphone as its “brain.”