T-Mobile’s version of the extremely popular Samsung Galaxy S II is now official, and it comes with a range of impressive specifications which we heard about previously, these include a dual core 1.5GHz Snapdragon S3 processor and Android Gingerbread 2.3.5.

The T-Mobile Samsung Galaxy S II features a 4.52 inch Super AMOLED Plus display with a resolution of 800 x 480 pixels, there is also 16GB of built in storage, which can be expanded via the microSD card slot which can take up to 32GB microSD cards. 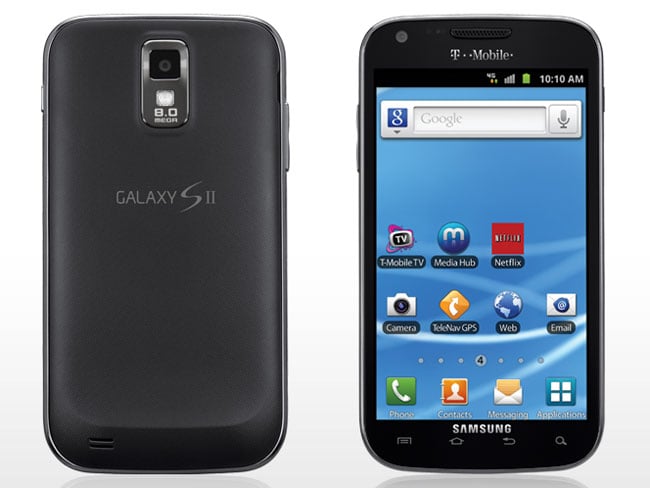 Other specifications on the T-Mobile Samsung Galaxy S II include two cameras, with a 2 megapixel front facing camera for video chat and a rear facing 8 megapixel camera with a built in flash which can record full HD video in 1080p.