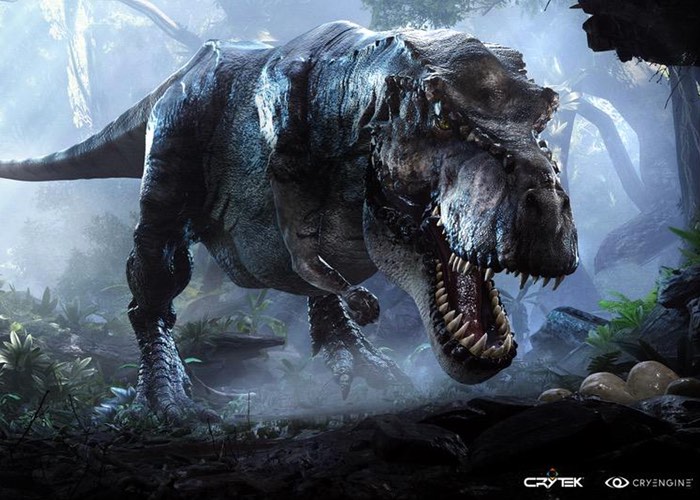 Those of you looking forward to receiving your new Oculus Rift virtual reality headset later this month, all those lucky enough to already own a development kit. May be interested to know that Crytek has released their awesome virtual reality tech demo which takes the form of Back to Dinosaur Island 2.

The Back to Dinosaur Island demonstration is the taster for their upcoming Oculus Rift exclusive virtual reality game The Climb and the Sony PlayStation VR exclusive Robinson: The Journey.

Watch the teaser video below to learn more about the demonstration and what you can expect from The Climb when it launches later this year and see the Crytek‘s new gaze-based climbing features in action. David Bowman, Director of Production at Crytek explains more about the commitment Crytek is making to the VR scene.

I’m not going to go into specific numbers, but I would argue that we’re one of the largest VR development teams on the planet today. We’ve one full team working on Robinson and that team’s growing as we speak … and of course we’re going to continue with experimentation in VR. One example in the demo you’re about to see it’s possible to fall, and if we let you bounce off the rocks like we did in the first version of this demo you would get sick. So we did 20 iterations of falling ’til we got to a solution set that we like. That’s the kind of things you have to do to make great VR.