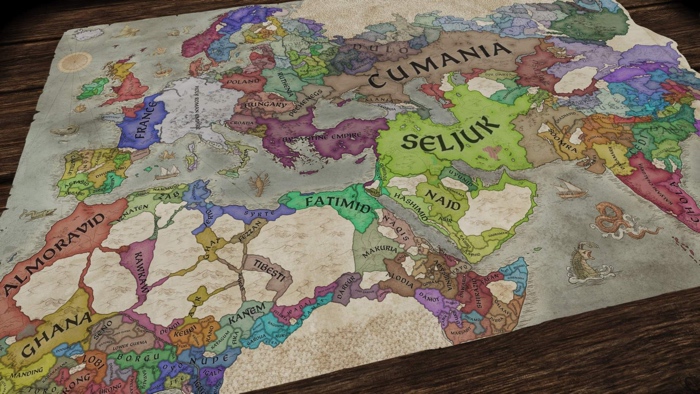 Microsoft has announced that Crusader Kings III is coming to their Xbox Series X|S consoles. The game is also coming to the PlayStation 5.

The Crusade Kings games have previous be available on the PC and now they are cominf to consoles with a new UI and controls.

The Xbox Series X|S adaptation of Crusader Kings III will take advantage of the many strengths of the system, bringing special benefits. For example, the Xbox Series X|S internal SSD will allow for ultrafast loading times will enable you to easily switch between the game and a playthrough or tutorial you are checking out on YouTube.

The UI has been customized to work with the Xbox Wireless Controller, including the addition of radial menus, ensuring that none of the depth and detail of the Crusader Kings III experience has been lost in translation.

The release date for Crusader Kings III for Xbox Series X|S will be announced soon, but we can already commit to having this title available on Xbox Game Pass on day one. We hope that the Xbox community will grasp the opportunity to play one of the most popular strategy titles in the world. Like an upstart noble seizing the moment and claiming the throne, will you rule your own virtual realm from the comfort of your sofa?!

You can find out more information about the new Crusader Kings III  game for the Xbox Series X and Xbox Series S consoles over at Microsoft at the link below.