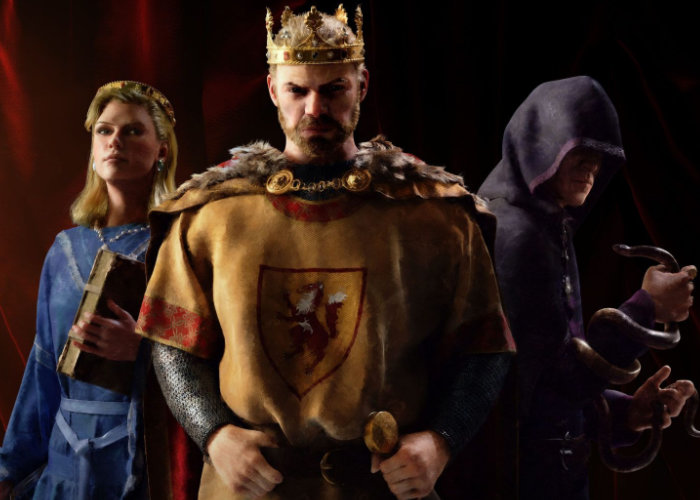 Tomorrow strategy game Crusader Kings 3 will releases first paid DLC offering players the Norse themed Northern Lords Flavour Pack on March 16, 2021. The paid DLC is also accompanied by a major free update that will roll out on the same day. The new content provides players with new gameplay features such as winter, poetry and the ability to settle disputes via duels. Features of the Crusader Kings III game include

– History: Live through several centuries with a dynasty and ensure the safety and power of every new generation
– Character: Selection of five different lifestyles to perfect your military strategy or manage your kingdom
– Warfare: add money to prison or by sending attack commands to neighbouring areas
– Intrigue – Use your master spy to uncover complete against your dynasty and regency

“Ready the longships and set sail for a host of new options and adventures, set in the lands of the Norse. Are you brave enough to live the life of a viking ruler? Write your own saga in Crusader Kings III: Northern Lords.”

“Knights, peasant revolts, pilgrimage rides, Viking robbers… experience the drama and glorious of the medieval ages! Crusader Kings III is the throne follower that complies with the historical heritage of global strategy games, with many new options to ensure the success of your royal house. Choose from a map that extends from Iceland to India and from the northern polar circle to Central Africa, from several kingdoms to a royal or noble house. Live through several centuries with a dynasty and ensure the safety and power of every new generation. Conquer new territories and titles to conquer your legacy. Be a pious king to get the support of religious factions, or get rid of your own fist and start your own splinter religion.

Choose one of five different lifestyles to perfect your military strategy or the management of your kingdom. Get character characteristics that determine how you are acting. Choose the right guardian for your heritage or train them yourself. Cruel characters can develop a bad reputation over time. When you teach them fear, your subjects will be more obedient. Recruit warriors and powerful knights to compliment your royal duties. Explore new technologies to increase the wealth and military power of your kingdom. Complement your income with prisoner solvent or sending assault commands to neighbouring countries. Use your master spy to reveal complements against your dynasty and regenty. Recruit agents to sabotate or murder everyone that could argue for you. Seduce other characters for love or political reasons. Collect information to extress others or request favours when your plans need support from other side.”