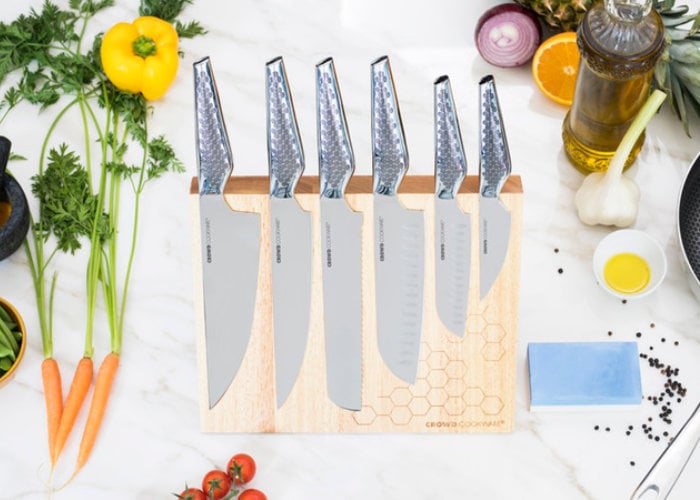 Crowd Cookware based in Tilburg in the Netherlands has returned to Kickstarter this month to launch its new chef-grade stainless steel kitchen knife set building on their previously launched single life campaign launched a few months ago. Early bird pledges are now available for a complete set of six chef knives and sharpening block with worldwide delivery expected to take place during August 2020. 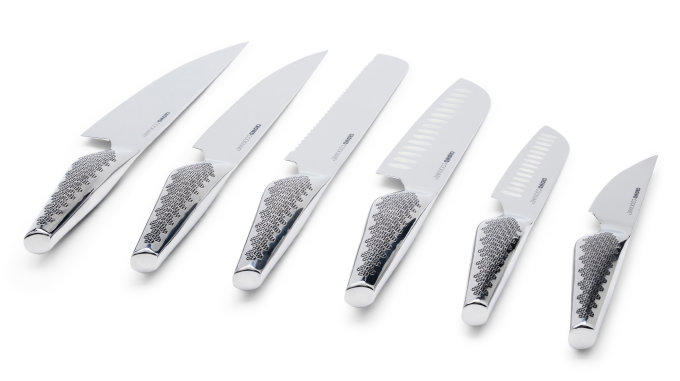 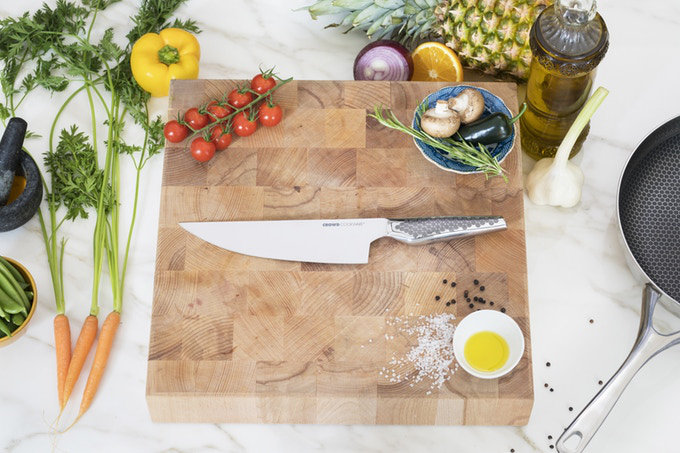 “All in the space of 1.5 years we joined forces with thousands of backers worldwide: we created a non-stick, non-scratch frying pan and a lifetime sharp chef’s knife with more than 7.000 backers from 67 countries. Trusted by Michelin star chefs and well received by our crowd on Kickstarter: one of our campaigns even became the biggest food success on Kickstarter. Now it’s time to deal with the tsunami of overpriced kitchen knives. Let’s introduce 6 knives, designed for lifetime use. Made of strong German steel and heat treated with anti-rust oil.”

“Together we carefully tested the 6 strong stainless steel kitchen knives, as a matching addition to our Crowd Cookware chef’s knife and pans. Enabling home cooks like us to slice each type of ingredient easily. The set is a collaboration between us and Crowd Cookware. However, Crowd Cookware is fully responsible for chef-grade production of the set and on-time delivery. “ 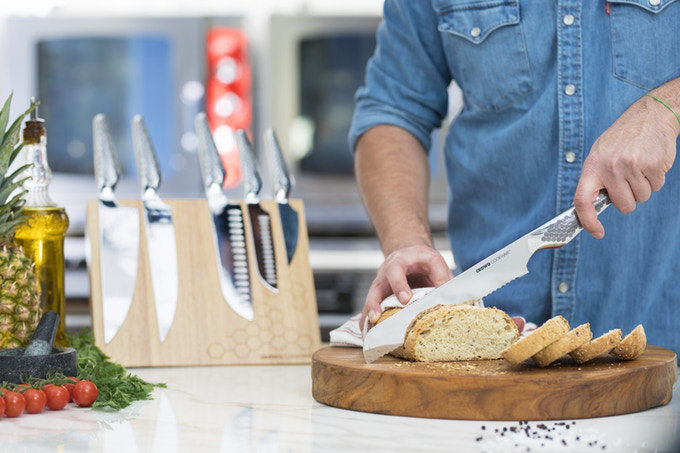